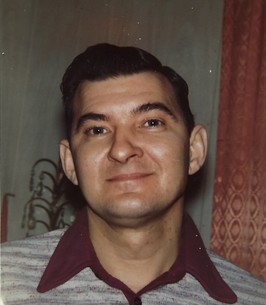 Share this tribute
Memorial Candles Lit for Allen | SEE ALL
Light a Candle
"We are honored to provide this Book of Memories to the family."
— Whetsel Funeral Service
Funeral Details Memory Wall Photos & Videos Send Flowers

Print
ALEXANDRIA: Allen Eugene Caplinger, 84 of Alexandria died peacefully while in the company of his family on Nov. 18, 2018 at his residence after an extended illness.

Allen was retired from the Anderson Community School Corp. where he was employed as the Plumbing Supervisor.

A private family graveside service will be held at a later date in Anderson Memorial Park Cemetery.

The Whetsel family is honored to celebrate Allen’s life with his family and community.


To send flowers to the family of Allen Eugene Caplinger, please visit our Heartfelt Sympathies Store.

We encourage you to share any memorable photos or stories about Allen. All tributes placed on and purchased through this memorial website will remain on in perpetuity for future generations.

Thank you for sharing!

Provide comfort for the family by sending flowers.

Or use your email:

Send flowers to the family
Choose from beautiful standing, table and basket arrangements. Safe and secure online ordering.
View Flower Arrangements
What has already been purchased for the family?
Family Log-In

Connect with families at their time of loss. By subscribing to email updates, you will receive two daily updates containing all new stories, photos, candle lightings, condolences, and more.