To share your memory on the wall of Barbara Greene, sign in using one of the following options:

Barbara was bon in New Castle, IN on March 29, 1930 and was the daughter of Kenneth and Ruth (Spaulding) Lawson.

Barbara was bon in New Castle, IN on March 29, 1930 and was the daughter of Kenneth and Ruth (Spaulding) Lawson.

She retired from Marsh Supermarket in Elwood, IN in 2016.

Barbara enjoyed spending time with her family, playing cards, board games and jig saw puzzles. She was a avid listener to country music. Barbara loved taking care of her cats that gave her so much love and company.

A memorial service will be held at a later date at the convenience of the family.
Read Less

To send flowers to the family or plant a tree in memory of Barbara A Greene (Lawson), please visit our Heartfelt Sympathies Store.

Receive notifications about information and event scheduling for Barbara

Print
Services to be held at a later date.

We encourage you to share your most beloved memories of Barbara here, so that the family and other loved ones can always see it. You can upload cherished photographs, or share your favorite stories, and can even comment on those shared by others. 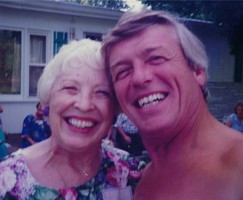