To share your memory on the wall of Charles Wallace, sign in using one of the following options:

Provide comfort for the family of Charles Wallace with a meaningful gesture of sympathy.

Charlie was born in Rochester, IN on Feb. 6, 1952 and was the son of Sam and Ella (Barkman) Wallace. On July... Read More
Charles E. Wallace of Alexandria died Monday, September 9, 2019 in IU Health Ball Memorial Hospital, Muncie after brief illness.

He was a graduate of Rochester High School Class of 1970. He then served his country during the Vietnam War serving the United States Air Force. He also was a member of the Tippecanoe Masonic Lodge 492.

Charlies was retired from the Security Dept. of IU Health-Arnet Hospital, Lafayette, IN.

Charlie was a avid hunter and gun enthusiast. He enjoyed the times having coffee and visiting with the fire department.

Funeral services will be held on September 14, 2019 at 1:30 p.m. in Whetsel Funeral Service, Alexandria with Rev. Dale Watson officiating. Burial will follow in Forestville Cemetery, Summitville with Military Rites provided by Elwood VFW Post 5782 and the United States Air Force. Friends may call at the funeral home on Friday, September 13, 2019 from 4:00 p.m. to 8:00 p.m. and one hour prior to the service on Saturday.

In lieu of flowers, the family requests memorials to the Alexandria Firefighters Local #1649 Flower Fund, 212 S Harrison St., Alexandria, IN 46001 or in care of the funeral home.
.
Whetsel Funeral Service is honored to care for Charlie and the Wallace family.

We encourage you to share your most beloved memories of Charles here, so that the family and other loved ones can always see it. You can upload cherished photographs, or share your favorite stories, and can even comment on those shared by others. 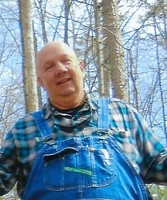