To share your memory on the wall of Fredrick Sloan, sign in using one of the following options:

Provide comfort for the family of Fredrick Sloan with a meaningful gesture of sympathy.

Print
Fredrick E. “Earl” Sloan, 96 of Alexandria died Wednesday, Feb. 6, 2019 at his residence surrounded by his loving family after an extended illness.

Earl was born in the Moonsville area of Madison County on July 11, 1922 and was the s... Read More
Fredrick E. “Earl” Sloan, 96 of Alexandria died Wednesday, Feb. 6, 2019 at his residence surrounded by his loving family after an extended illness.

Earl had been a farmer all his life. He enjoyed working the land of his farm from planting to harvesting.

Earl was a husband, father and grandfather and always enjoyed spending time with his family and he was a member of the Vermillion Friends Church.

Those left to carry on his legacy of love is his wife of over 72 years, Charlene, his children Paul Sloan, Ruth Ann (Russell) Ancil, Elaine (Steve) Marlow and Patricia Tinsley. He is also survived by eight grandchildren, 12 great-grandchildren and one great-great-grandchild.

In lieu of flowers, the family requests memorials be sent the Vermillion Friends Church in care of the funeral home.

Whetsel Funeral Service is honored to celebrate Earl’s life with his family and friends.
Read Less

We encourage you to share your most beloved memories of Fredrick here, so that the family and other loved ones can always see it. You can upload cherished photographs, or share your favorite stories, and can even comment on those shared by others.

Guaranteed hand delivery by a local florist
SO

Flowers were purchased for the family of Fredrick Sloan. Send Flowers

Posted Feb 10, 2019 at 07:51am
So many fond memories of Earl ... I'll always think of him, as Dad. He was such a wonderful man. Love and prayers to all the family. I love you all.
Peggy Wisler Todd
Comment Share
Share via:
PB

Posted Feb 09, 2019 at 11:09am
Dear Ruth Ann and Paul,
I’m so sorry to hear about your Dad, you are both in my prayers. I think of our times a lot and it always included knowing how close you all were. I pray your both well.
Comment Share
Share via: 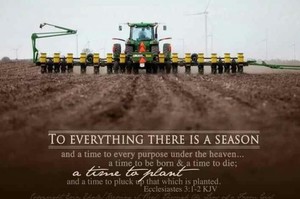 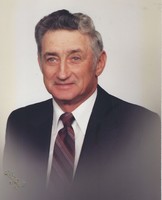