To share your memory on the wall of Patricia Inglis - Ritchison, sign in using one of the following options:

Provide comfort for the family of Patricia Inglis - Ritchison with a meaningful gesture of sympathy.

Print
Patricia A. “Patty”Watkins-Inglis- Ritchison, 90 of Alexandria died peacefully on October 4, 2019 at her residence after an extended illness.

Patty was born in Anderson, IN on December 29, 1928 and was the daughter of Merle and Clara... Read More
Patricia A. “Patty”Watkins-Inglis- Ritchison, 90 of Alexandria died peacefully on October 4, 2019 at her residence after an extended illness.

Patty was born in Anderson, IN on December 29, 1928 and was the daughter of Merle and Clara (Benton) Watkins. She had been a past member of the Eastern Star in Alexandria.

She had been employed as a florist for 16 years. She later was employed and retired from the Alexandria-Monroe High School as a cook in the school’s cafeteria.

Patty was a loving and caring mother and grandmother, who always enjoyed spending time with her family.

Left to carry on her legacy of love are her son, Randy (Terri Allen) Inglis; her grandchildren, Amanda (Jason) Shepherd and Ryan Inglis and great-grandchildren, Hayden, Ryder and Brooklyn Shepherd.

A service of remembrance will be held on Wednesday, Oct. 9, 2019 at 11:00 a.m. in Whetsel Funeral Service, Alexandria with Rev. Jim Tallman officiating. Interment will follow in Vinson Memorial Park Cemetery, Summitville. Friends may call at the funeral home on Tuesday, Oct. 8, 2019 from 4:00 p.m. to 8:00 p.m. and one hour prior to the service on Wednesday.

In lieu of flowers, the requests memorials be made to the Community Hospital Foundation, 1515 N. Madison Ave., Anderson, IN 46016 or in care of the funeral home.

Whetsel Funeral Service is honored to care for Patty and the Inglis family.

We encourage you to share your most beloved memories of Patricia here, so that the family and other loved ones can always see it. You can upload cherished photographs, or share your favorite stories, and can even comment on those shared by others. 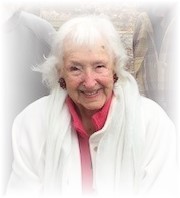