To share your memory on the wall of Rohn Rittenhouse, sign in using one of the following options:

The gesture that can change the world

Rohn was born in Elwood, IN on April 21, 1936 and was the son of Clinton and Ardis (Ross) Rittenhouse. O... Read More
ALEXANDRIA: Rohn Ross Rittenhouse. 82 of Alexandria died Tuesday, Dec. 11, 2018 in IU Health West, Avon after an extended illness.

Rohn was a veteran of the Korean War serving with the United States Navy. He was an accomplished author and has published two books. He retired as a insurance agent from the Independent Insurance Agency in 1992. He had currently been serving as the office manager for Rittenhouse & Son Heating and Cooling.

He was preceded in death by his parents, his wife, Audrey, a brother, Blaine Rittenhouse and his faithful friend Tosha.

A celebration of Rohn’s life will be held on Friday, Dec. 14, 2018 at 2:00 p.m. in Whetsel Funeral Service, Alexandria with Bud Whetsel as Celebrant. Burial will follow in Vinson Memorial Park Cemetery, Summitville with military honors by the United States Navy and Elwood VFW Post 5782.Friends may call the funeral from 12:00 p.m. to 2:00 p.m. on Friday.

In lieu of flowers, memorials may be made to the Madison Co. Humane Society, 2219 Crystal St., Anderson, IN 46012 or in care of the funeral home.

The Whetsel family is honored to celebrate Rohn’s life with her family and community.

To send flowers to the family or plant a tree in memory of Rohn Ross Rittenhouse, please visit our Heartfelt Sympathies Store.

We encourage you to share your most beloved memories of Rohn here, so that the family and other loved ones can always see it. You can upload cherished photographs, or share your favorite stories, and can even comment on those shared by others. 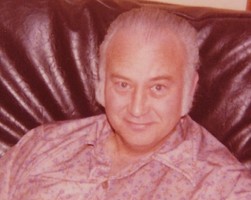