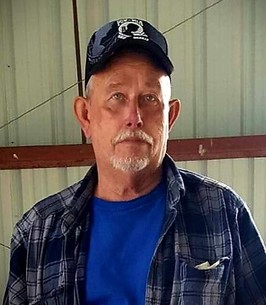 Share this tribute
Memorial Candles Lit for Steven | SEE ALL
Light a Candle
"We are honored to provide this Book of Memories to the family."
— Whetsel Funeral Service
Funeral Details Memory Wall Photos & Videos Send Flowers

Steve served his country during the Vietnam War in the United States Army.

He was a skilled cabinet maker and was retired from Gentry Cabinet’s in Anderson. He was a member of the Moose Lodge in Gas City and Alexandria Eagles Lodge Aeries 1771.

Steve was an outstanding fisherman. He was a avid fan of the Indianapolis Colts and NASCAR.
Steve enjoyed spending time with his boys, watching football with Kenny or doing a woodworking project with Kevin.

He was preceded in death by his parents, two brothers, Butch Thompson and Dago Thompson; a sister, Minnie Maynard and special friend Elmer Williams.

A service to celebrate Steve’s life will be held on Thursday, Nov. 1, 2018 at 1:00 p.m. in Whetsel Funeral Service, Alexandria with Bud Whetsel as Celebrant. Burial will follow in IOOF Cemetery with military rites provided by the United States Army and Elwood VFW Post 5782.. Friends may call at the funeral home on Wednesday, Oct. 31, 2018 from 4:00 p.m. to 8:00 p.m. The Alexandria Eagles Lodge will conduct a memorial service at 7:30 p.m. to conclude the visitation.

The Whetsel family is honored to celebrate Steven’s life with his family and community.

We encourage you to share any memorable photos or stories about Steven. All tributes placed on and purchased through this memorial website will remain on in perpetuity for future generations.

PG
I am so sorry for your loss. Your family is in my prayers. May God give you comfort during this time.
Penny Groover - Monday October 29, 2018 via Condolence Message

MJ
Kenny,
My sincere condolences and sympathies are extended to you and your family upon your loss.
Mike Jones
Mike Jones - Monday October 29, 2018 via Condolence Message
1
Page 1 of 1
Share
×

Thank you for sharing!

Provide comfort for the family by sending flowers.

Or use your email:

View Video
Send flowers to the family
Choose from beautiful standing, table and basket arrangements. Safe and secure online ordering.
View Flower Arrangements
What has already been purchased for the family?
Family Log-In

Connect with families at their time of loss. By subscribing to email updates, you will receive two daily updates containing all new stories, photos, candle lightings, condolences, and more.