To share your memory on the wall of Timothy Moore, sign in using one of the following options:

Tim was born in Anderson, IN on Mar. 7, 1942 and was the son of James Eldo... Read More
Timothy “Tim” M. Moore, 78 of Frankton went with the Angels on Aug. 30, 2020 in Community North View Health Care, Anderson, Indiana after an extended illness.

Tim was born in Anderson, IN on Mar. 7, 1942 and was the son of James Eldon and Vera Kathleen (Kate) (Smith) Moore. He lived his entire life in the Anderson/Frankton area. He attended Anderson Schools and was employed by the City of Anderson for over 38 years before his retirement. During his employment he worked as a City of Anderson Firefighter serving as Fire Chief from 1980 to 1985. He also was employed by the Anderson Transit, serving as a Supervisor.

While serving as Chief, Tim was proud to establish an ambulance service on the southside of Anderson. While serving as Sargent of #6 Pump Truck on 29th Street, the crew was presented the Save That Life Award. During his tenure as Union President the City of Anderson Firefighters donated their money and built the Firefighters Lodge on 53rd Street which touched many lives in the City of Anderson and Madison County. Tim often stated he was so proud for the privilege of working with the best group of firefighters ever.

Tim was preceded in death by his parents and grandparents, his wife, Sherry, brothers. James (J.D.) Moore, Daniel Moore; and his four-legged sidekicks, Spencer Elwood, and Little Miss Sophie Bea.

Private family services will at held at the convenience of the family in Perkinsville Cemetery where burial will follow.

Whetsel Funeral Service is honored to care for Tim and the Moore and Granger families.

To send flowers to the family or plant a tree in memory of Timothy M "Tim" Moore, please visit our Heartfelt Sympathies Store.

Receive notifications about information and event scheduling for Timothy

We encourage you to share your most beloved memories of Timothy here, so that the family and other loved ones can always see it. You can upload cherished photographs, or share your favorite stories, and can even comment on those shared by others.

Posted Sep 03, 2020 at 07:35pm
Uncle Tim you will be missed by all. You were always thinking of others in every aspect of life and touched many hearts. Our prayers to Mike, Jimmy, Jamie and extended family during this time.
Love Steve and Barb
Comment Share
Share via:
P

Posted Sep 03, 2020 at 07:11pm
Mike, so sorry for your loss. Your dad was just an all around good guy! Fond Memories of the acre, you and Jim, and seeing you on APD! Then seeing him again at Cats, while in the middle of a divorce, telling me,” we’ll find you a house,”. Not knowing I would end up buying my sisters out and ending up owning the house I grew up in! He was a character! Just want you to know I think of you often!
Comment Share
Share via: 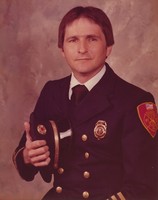